Earth Source Heat (ESH) is Cornell's version of a deep geothermal system that would use the Earth's internal heat to warm the Ithaca campus without the use of fossil fuels. The project is a research collaboration across several academic departments along with campus facilities staff, and it is a major component of the university's goal of achieving carbon neutrality by 2035. If viable, ESH could also become a scalable solution for renewable heating in New York and in cold-climate regions across the globe.

Cornell scientists are committed to studying and addressing these issues in a thorough and transparent manner, developing best practices that will minimize risk and provide guidance for others who might implement this technology.

The next phase in this exciting project is to drill an exploratory borehole, called the Cornell University Borehole Observatory (CUBO), which will allow scientists to further explore deep surface rock conditions and heat output.

Consistent with typically occuring activity in the area

During the past week we began drilling the final 8.5 inch section of the well, starting at 7,823 feet. As of August 8, we had reached a depth of 8,982 feet. Drill cuttings continue to be collected in containers on site, characterized by laboratory testing, and sent to a licensed landfill for safe disposal. Environmental monitoring programs are in place to measure groundwater and surface water quality and microseismicity.

During the coming week, we plan to complete the drilling to a depth of 10,000 feet. That will be followed by a program of geophysical, geological and hydrological measurements and testing to study the properties of the bedrock, fractures and fluids within potential geothermal development zones at depths between 8,000 and 10,000 feet. 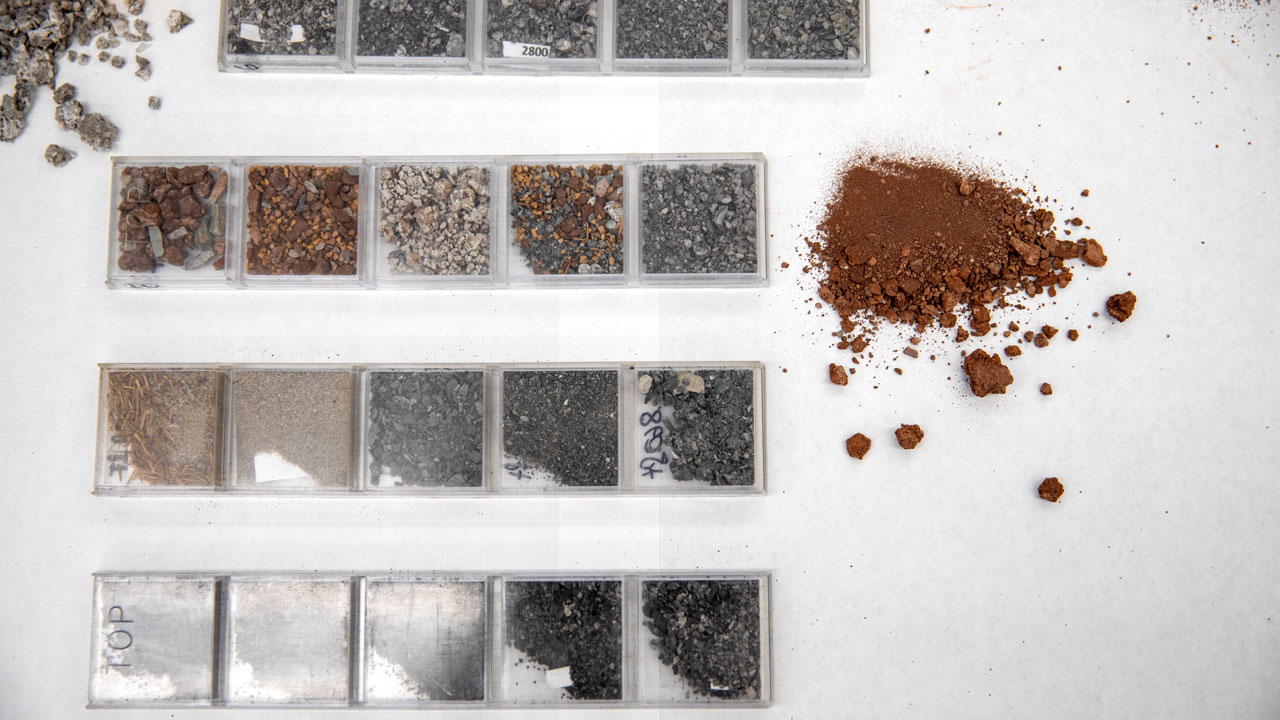 Researchers analyze and categorize cuttings from the borehole (July 21, 2022) 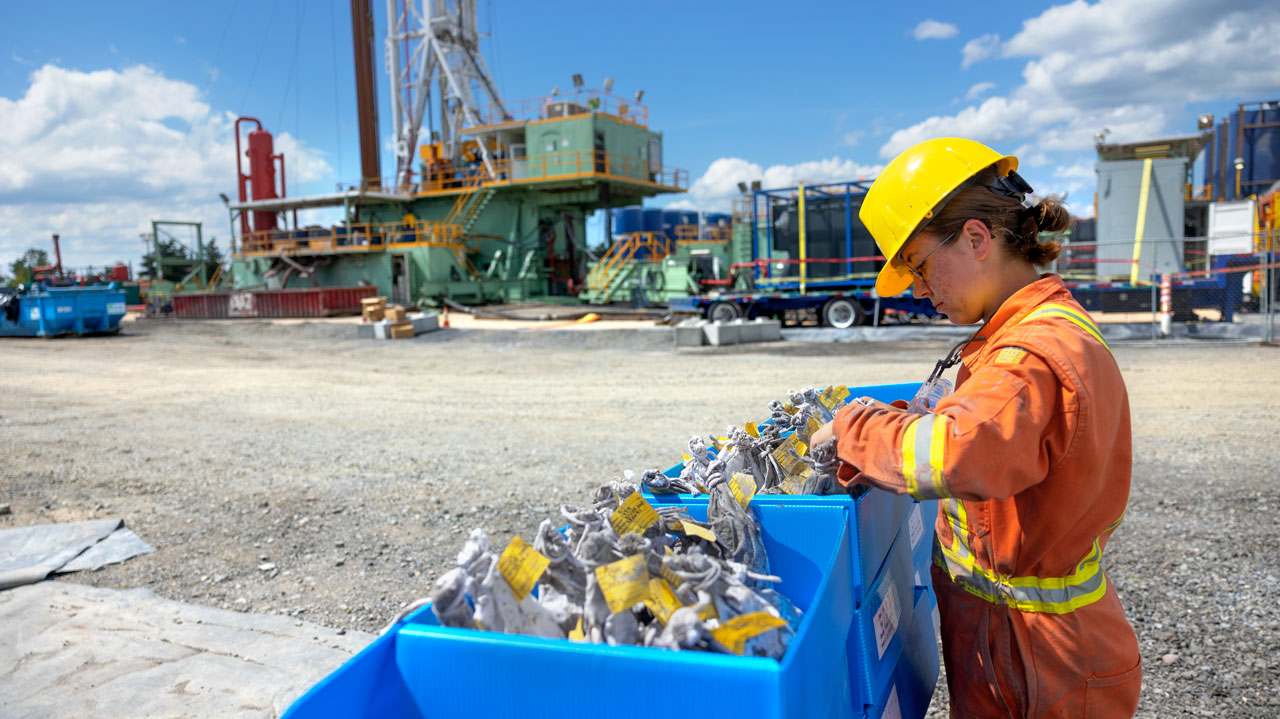 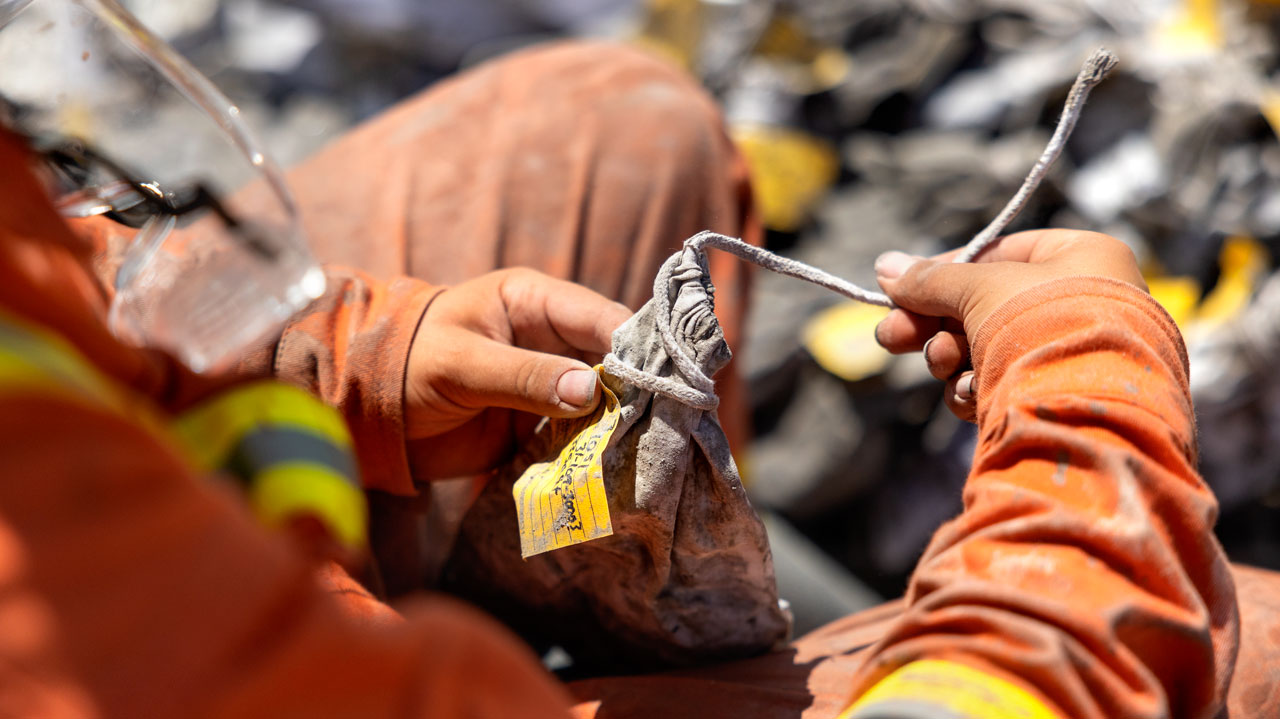 Rock samples from the drill site will be classified, studied, and archived. (July 7, 2022)

A sample of rock and mud from the borehole ready to be studied and cataloged. (July 7, 2022) 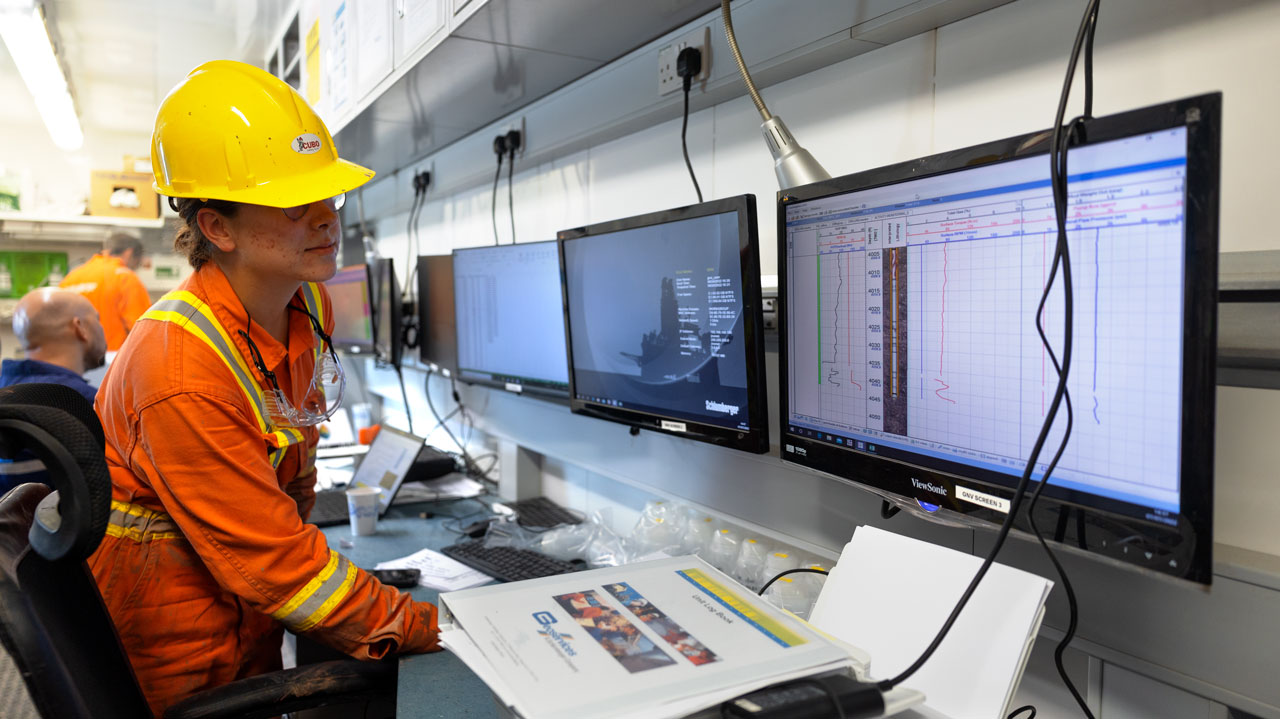 A member of the project team reviews data from the CUBO drilling operation to help track the progress of drilling through the different rock layers. (July 7, 2022) 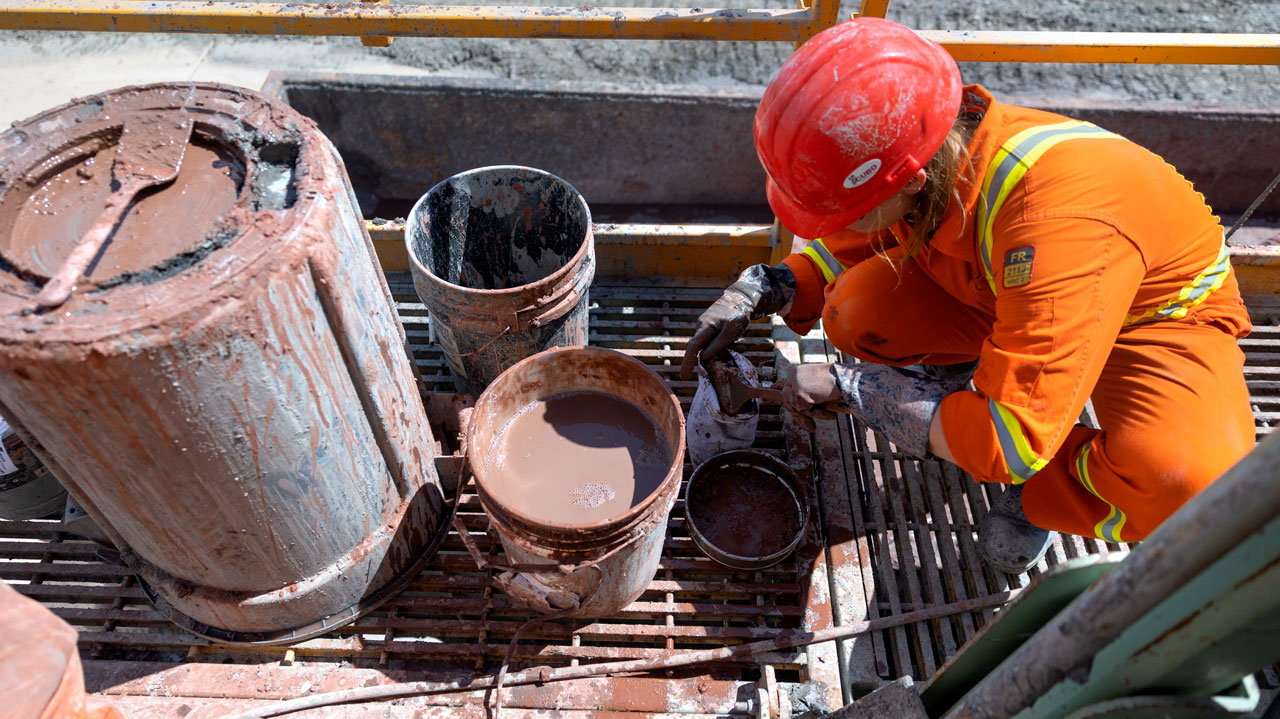 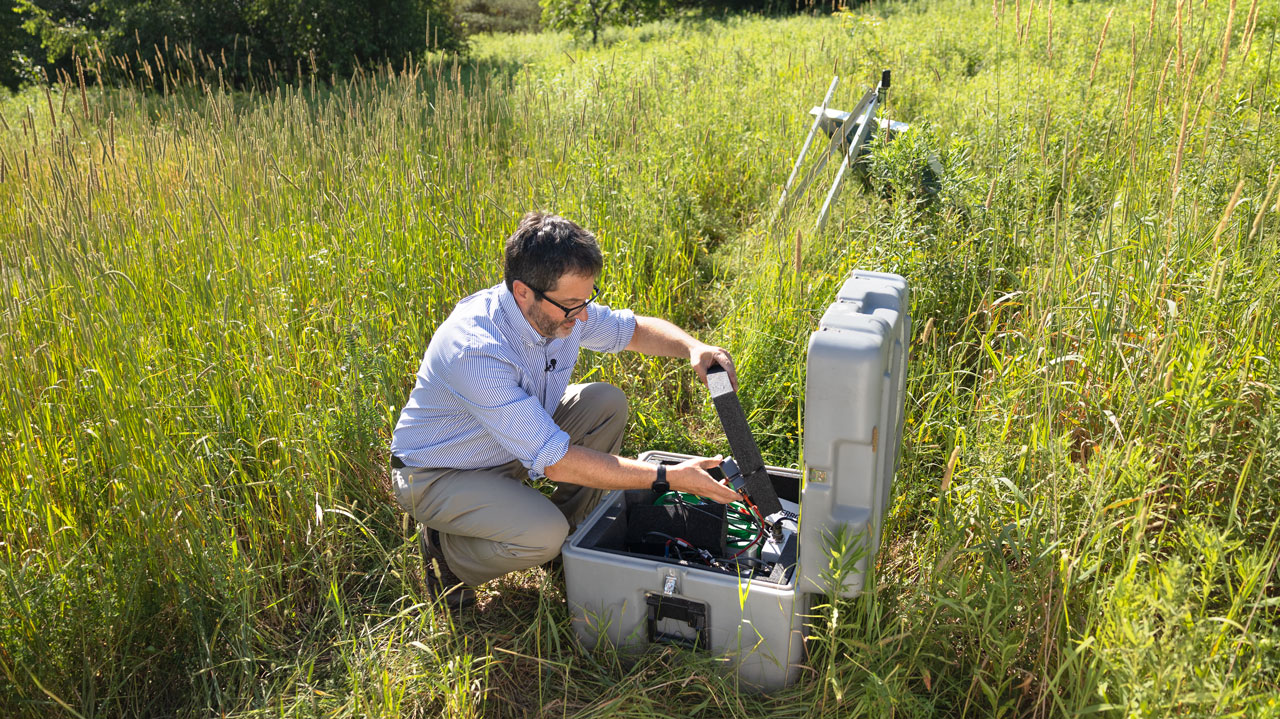 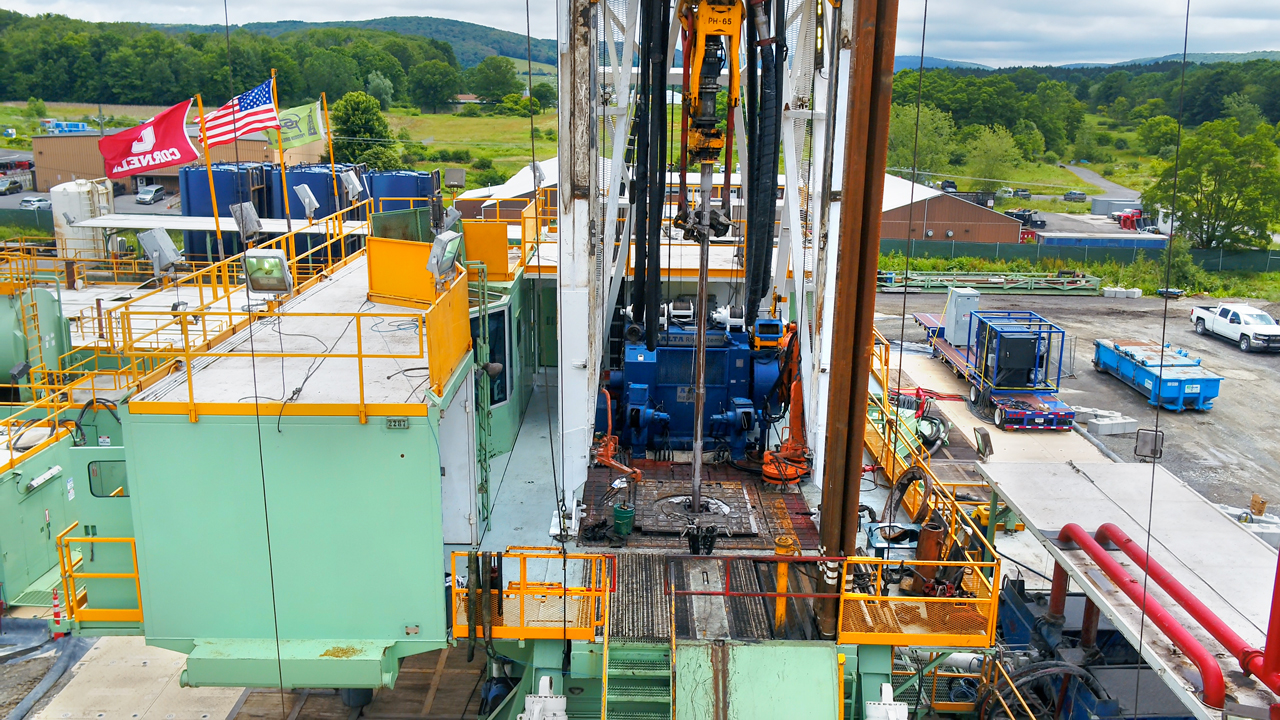 The rig platform during drilling, with extra sections of drill pipe ready to be attached as the hole gets deeper. The electric rig is powered by the transformer located on the truck trailer to the right of the rig. Blue tanks in the back hold water for mixing drilling mud (June 30, 2022). 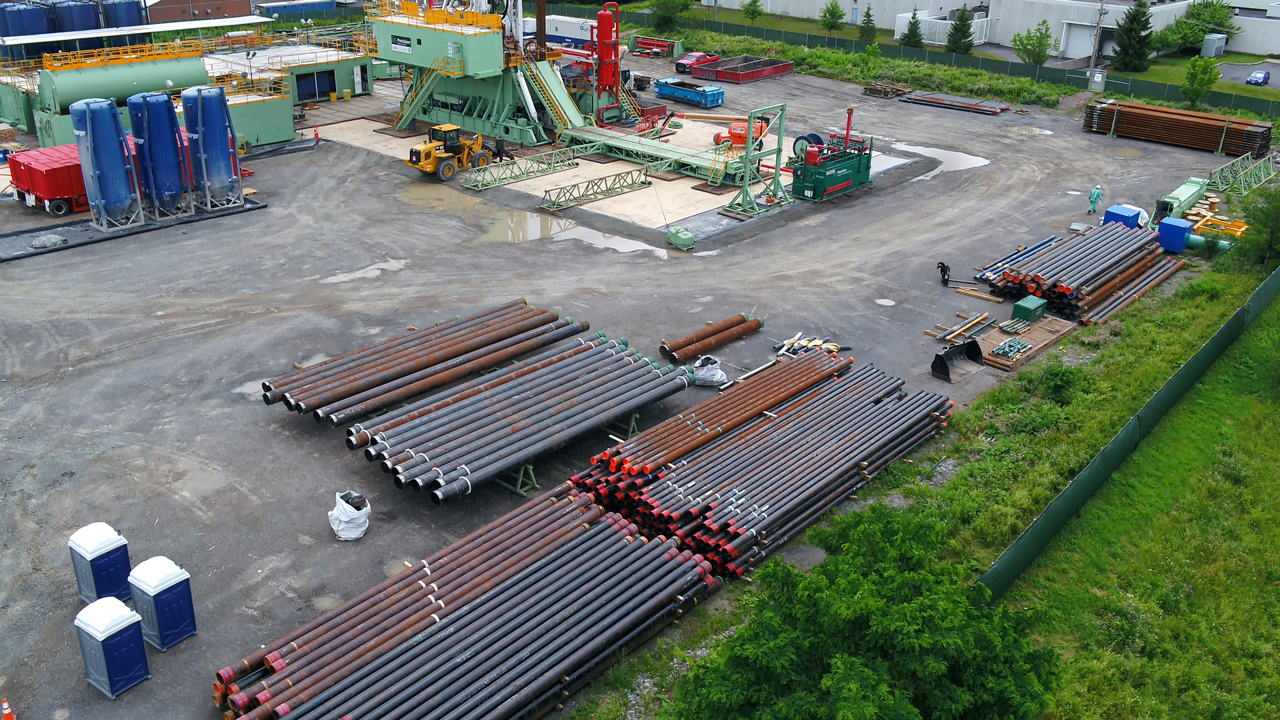 Almost 8,000 feet of steel well casing sits in the lot next to the drill rig, waiting to be installed. The blue silos to the left hold cement powder to mix the cement that will seal around the well casing after it is lowered into the well (June 30, 2022). 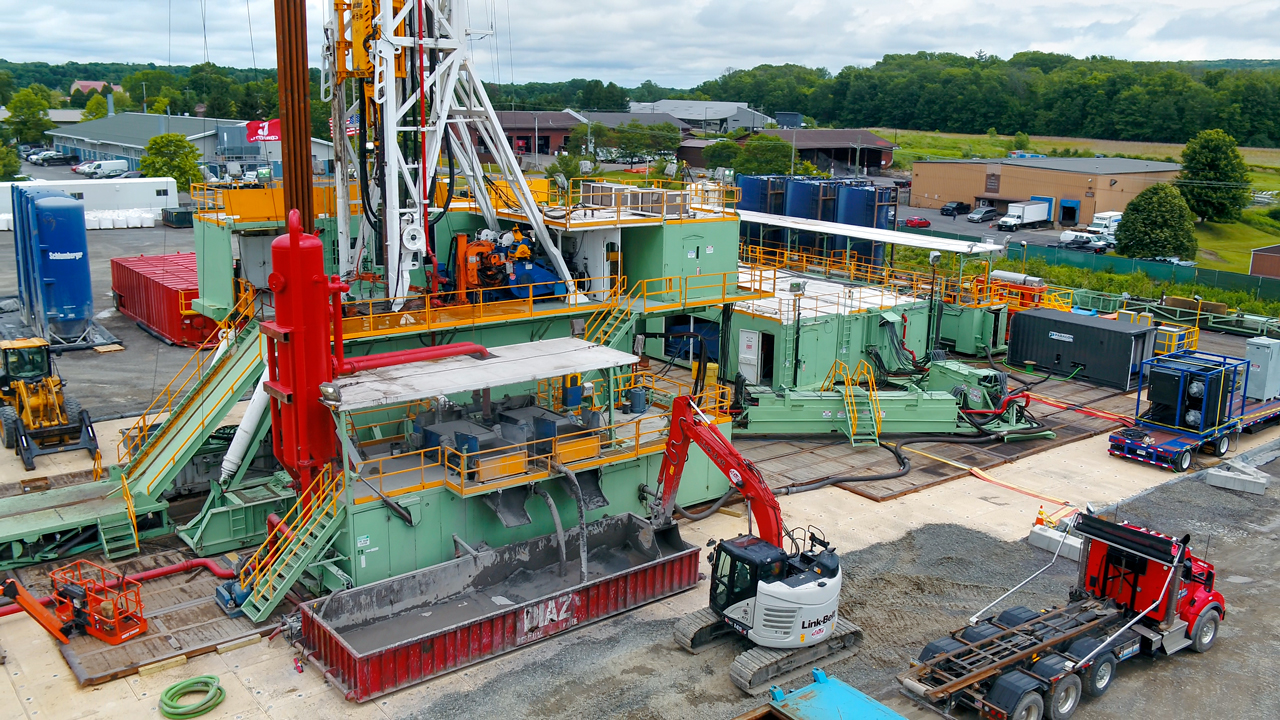 Shakers separate the rock chips (drill cuttings) from the drilling mud. The cuttings are then discharged into a container for disposal at a landfill (June 30, 2022). 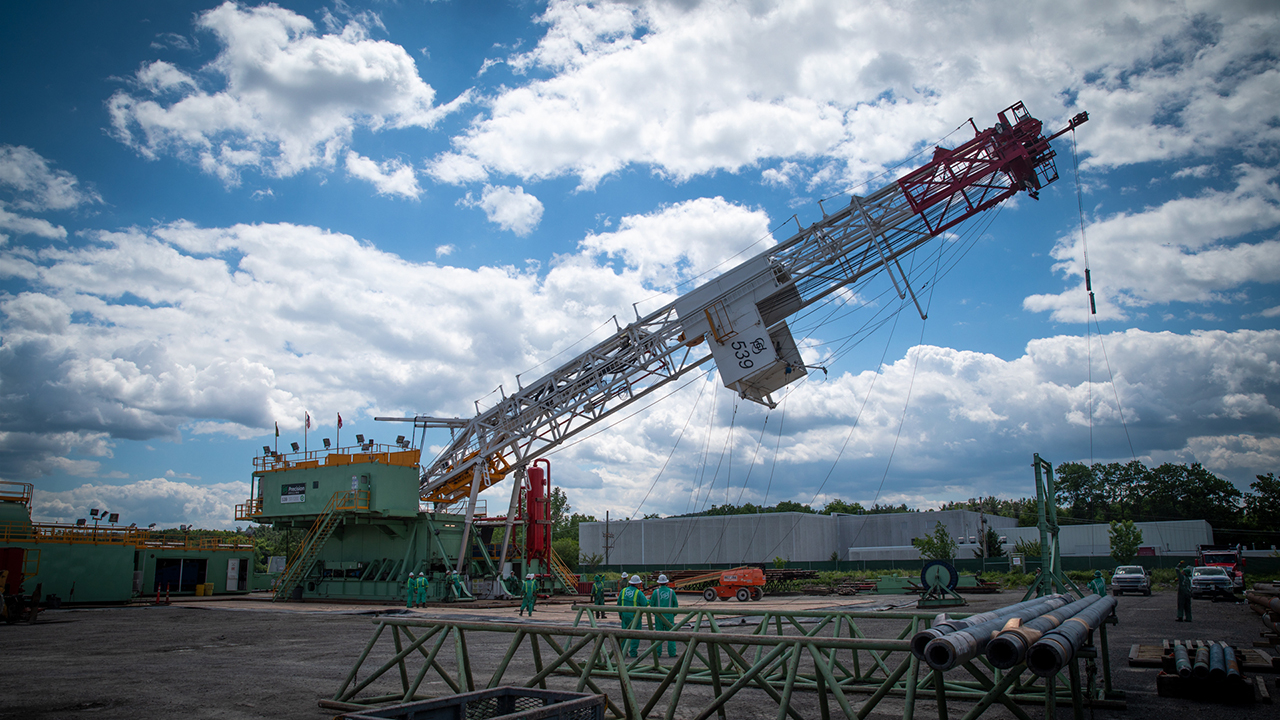 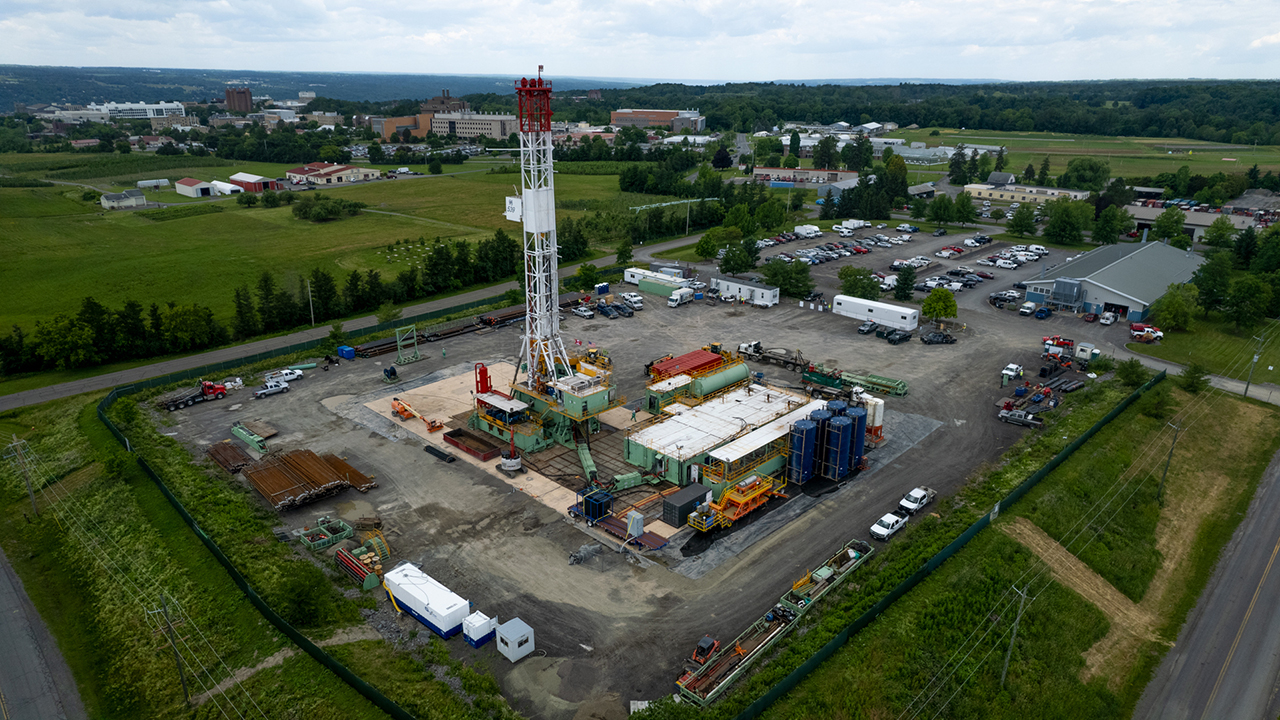 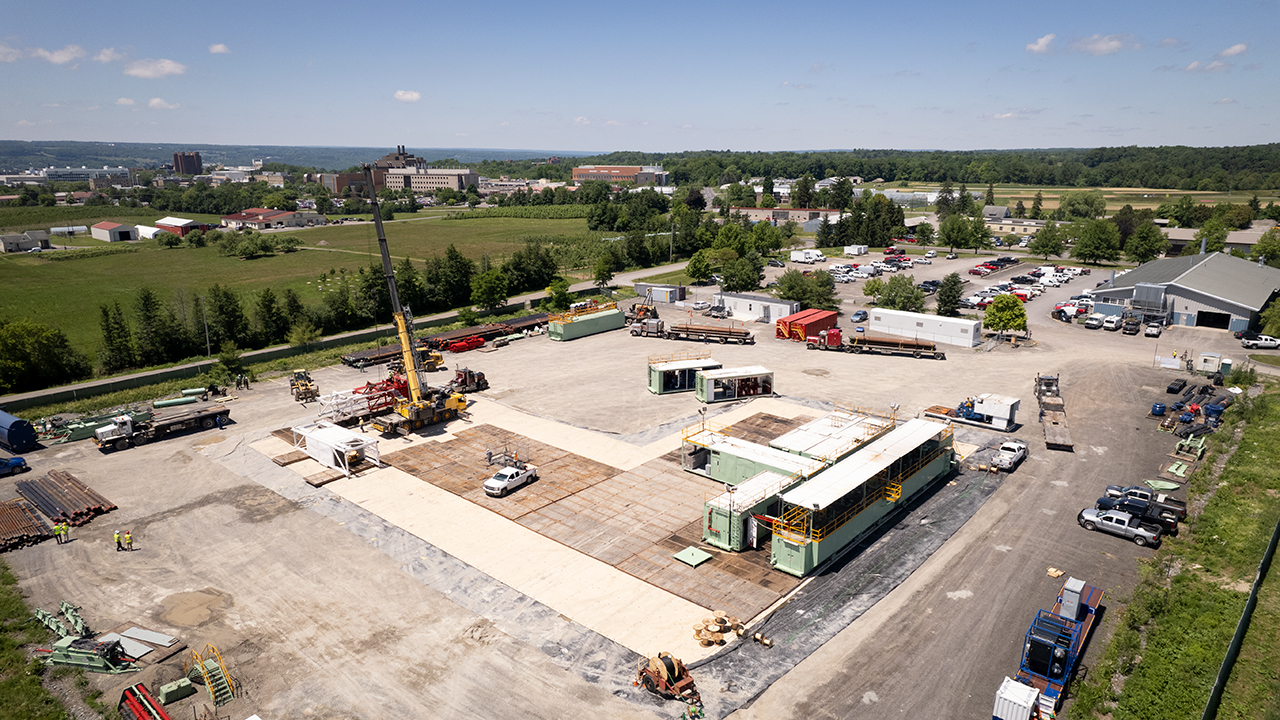 Equipment is being set up on the Cornell University Borehole Observatory (CUBO) site. (June 10, 2022) 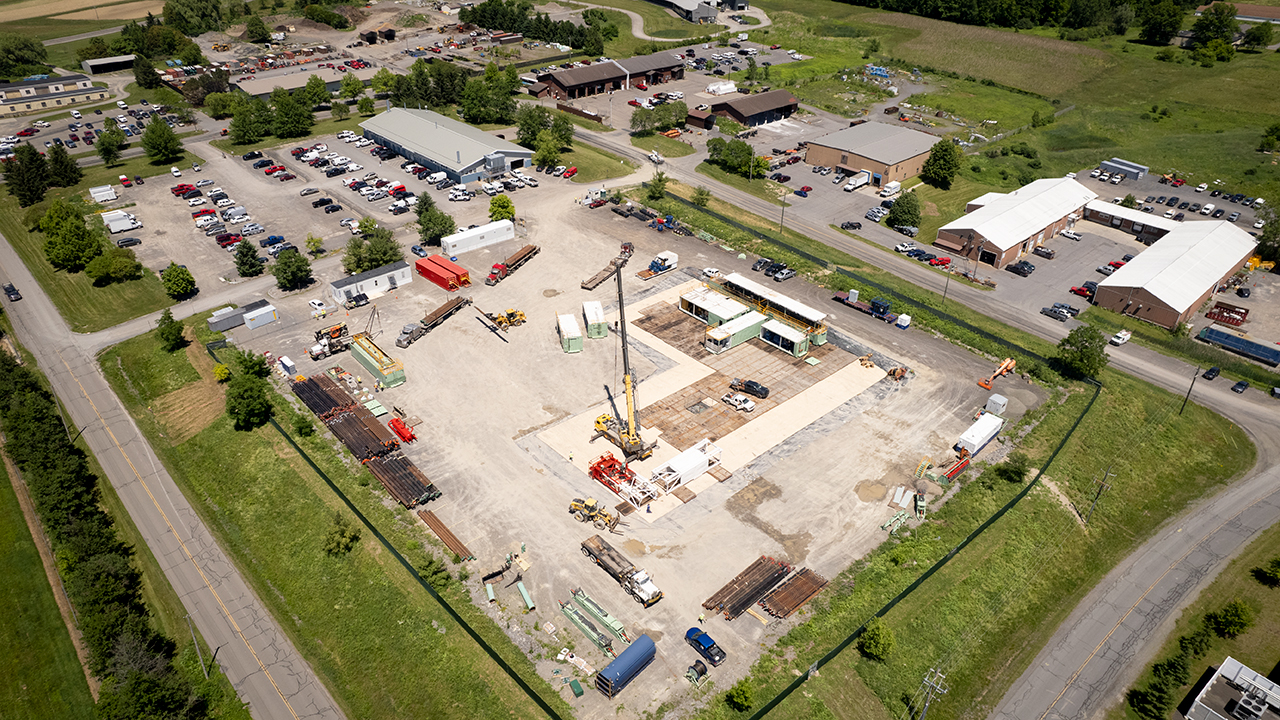 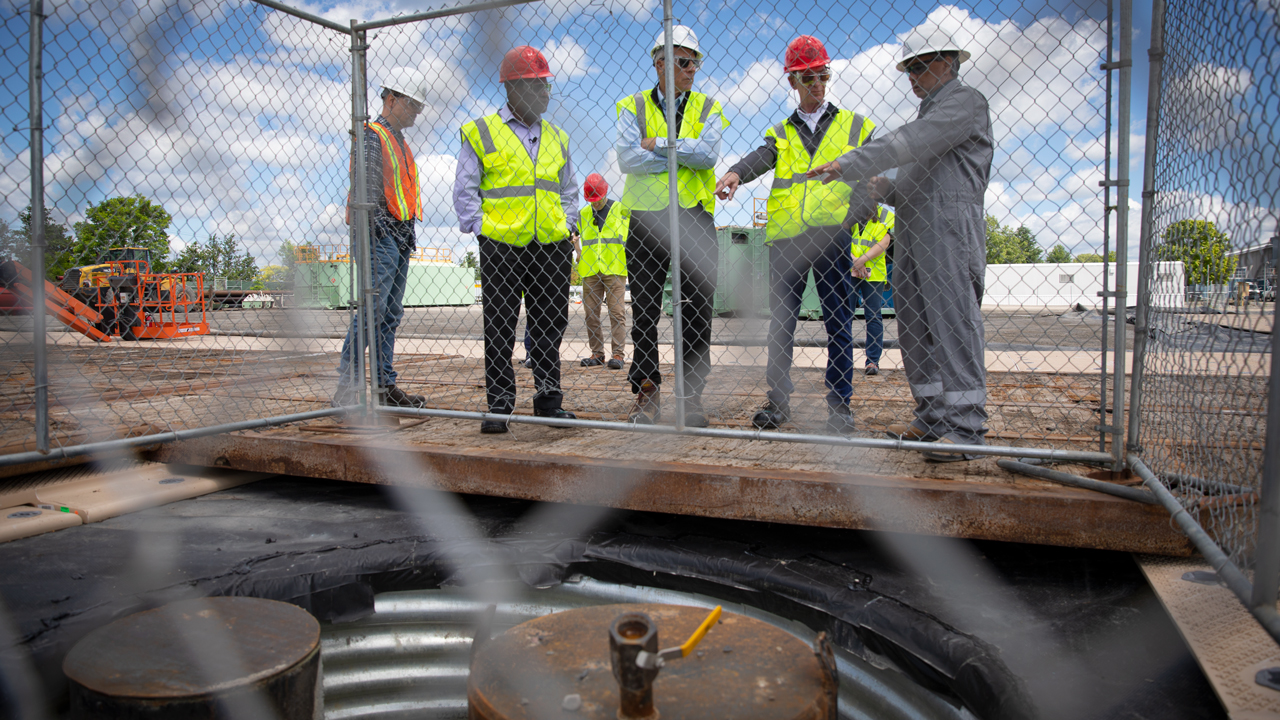 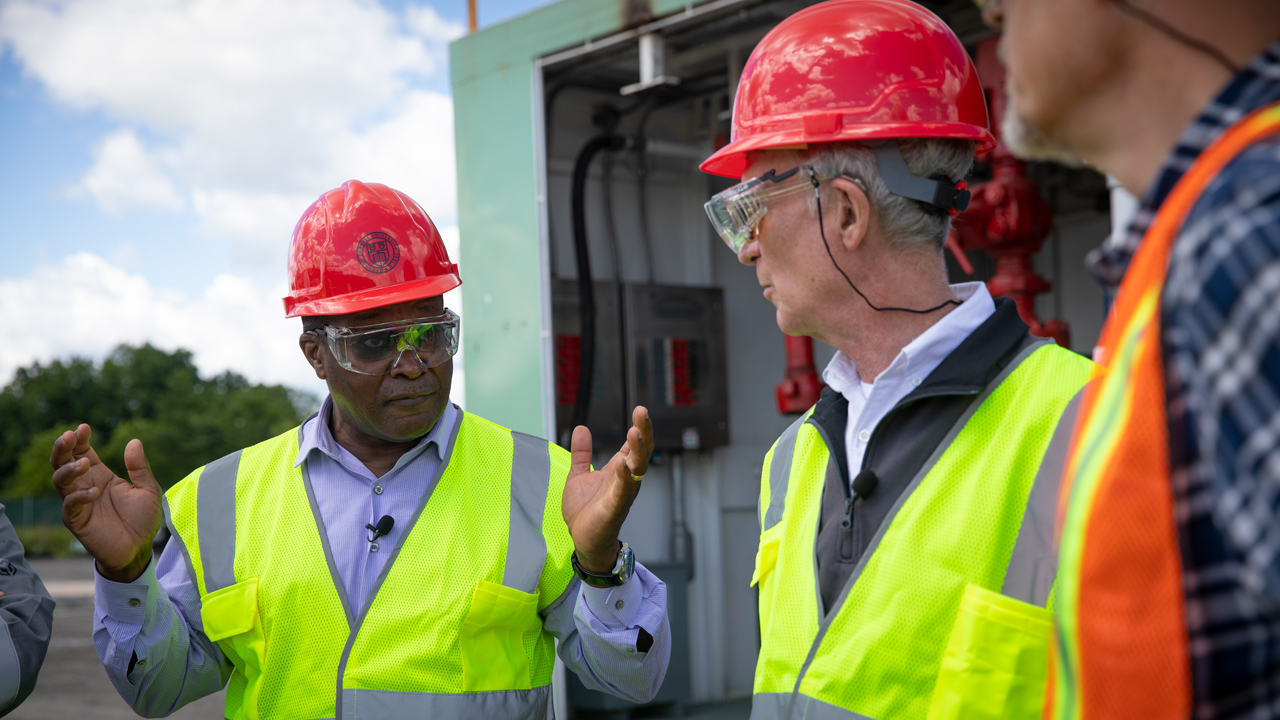 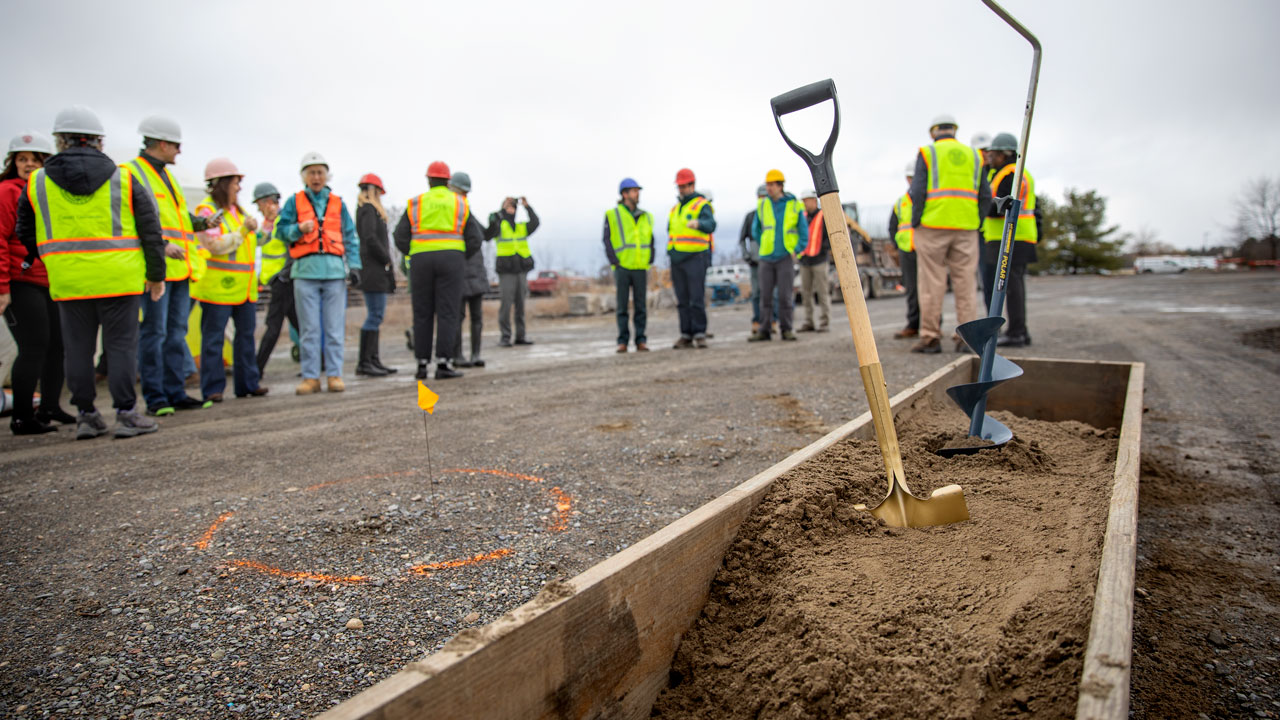 While members of the project team and others gather nearby, a golden shovel and auger rest in the earth during the groundbreaking ceremony for the Cornell University Borehole Observatory (CUBO). (April 8, 2022) 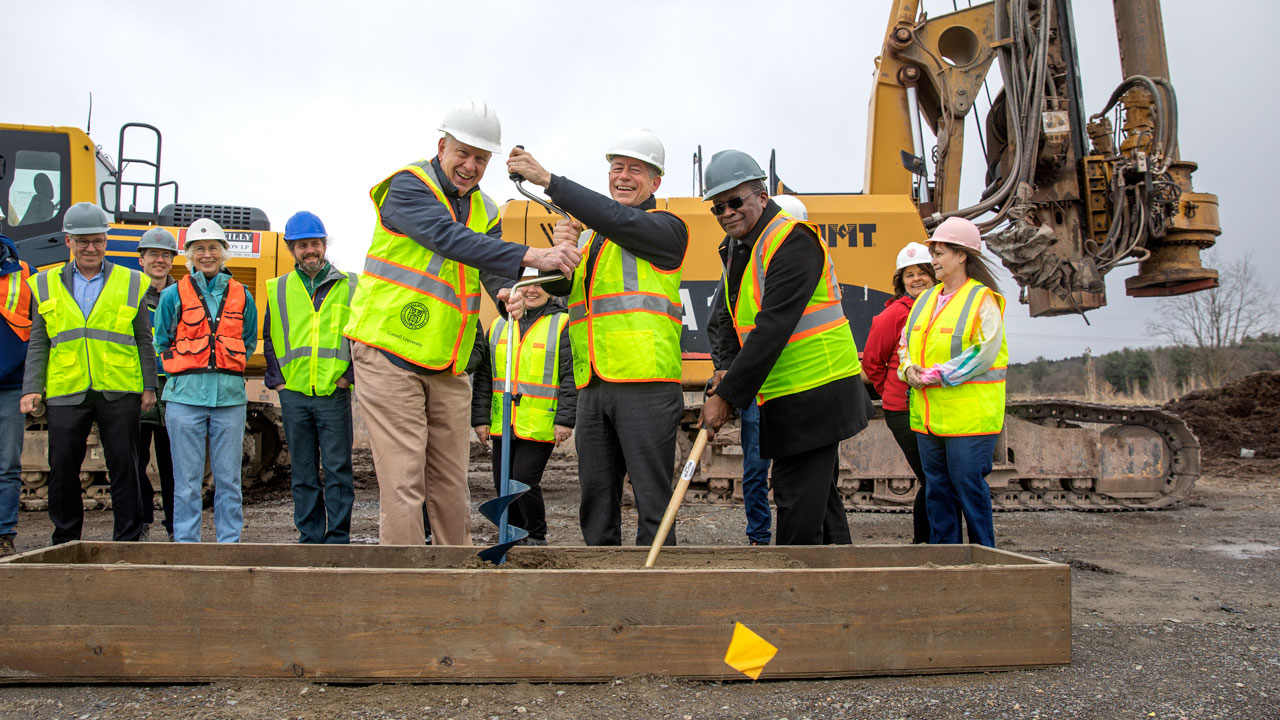 Ask a question or find out about visiting the CUBO site.